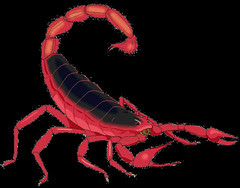 scorpion1
Originally uploaded by Land of Chuck
Jaques Guerrable, aka "The Pope of Pain" has a pet scorpion. His name is Prix.

The Pope, and Prix, are in the world of greyhawk campaign. The other character right now is Gilmore Badgerbreath.

The Pope is a Paladin, and Gilmore is a Wizard. We'll see how this develops.

And more importantly, what Prix has to say about it.
No comments:
Email ThisBlogThis!Share to TwitterShare to FacebookShare to Pinterest
Labels: castles and crusades, roleplaying, world of greyhawk

Expedition to the Rakers

Well, I've kick started the Castles and Crusades campaign (set in the World of Greyhawk) once again. I love this stuff. I am starting out, as I did last August, in the country of Ratik. Ratik is a great little state, set on the northeastern portion of the Flanaess (the subcontinent of Oerth, commonly referred to as the World of Greyhawk - the 1979 TSR D&D gaming world written by Gary Gygax).

In the current RPGA Living Greyhawk, it is about 20 years in the timeline past when I like to host my games. I really like the World of Greyhawk right up until the time of the Greyhawk Wars. Everything that occurred in the "From the Ashes" campaign setting, and after, is great source material for me, but I don't like my games to follow that time line. Too depressing. I just want a very interesting, complex, world in which to drop adventures. The histories and backstory that my players and I come up with together makes up the plot for our campaigns.

The player characters signed on in the city of Marner to escort a large caravan of empty wagons back south and then through Loegrimm, up the valley to a small barony called Vanehold. Upon reaching Vanehold (after several adventures along the way), the players find that Baron Ridalcar Vane has been murdered, and the long-standing pact he has with the Ukamanini Dwarves is in grave danger. The seal of the treaty between the Vane household and the Ukamanini Dwarves at Kreftheim is an ancient magical object called the Kreftring. It has been stolen, and the Dwarves suspected the humans of foul play. Probably this is because of the prejudice shown to the Demi-Humans (Dwarves, Gnomes and Elves) by the new stock of visitors from Aerdy and the North.

The new baron of Vanehold is the son of Ridalcar, Ridalcan. Unfortunately, he is off on some quest (he fancies himself a Knight Errant), and Ridalcan's younger sister is left to take over. She pleads with the players to go off into the Rakers mountains, to seek and retrieve the Kreftring. Secrecy (especially from their feudal lords, the Loegrimm family, and also the ArchBaron Lexnol at Marner) is of the greatest importance on this mission, but also diplomacy (with the Dwarves at Kreftheim) and speed.

The game should be good. Currently looking to increase the number of regular players. We had 8 at the inaugural game in August, but these days it might be hard to get more than 3 or 4 for a regular Thursday night. 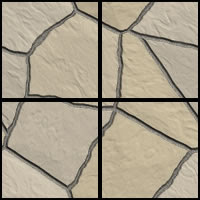 These are great free dungeon tiles in a very nice assortment of texture and color varieties. They are available as pdf's and jpg's, and look really good. Since I'm working on a set of dungeon tiles, these might be worth printing out and playing with.

I'm working on a project with Egyptoid to take the old (1988, 1995) Task Force Games supplement for generating background for your fantasy roleplaying game characters. It was called Central Casting: Heroes of Legend. It was followed up by a version for Sci-Fi characters and also for modern day characters.

The goal? Use it for World of Greyhawk characters, for Castles and Crusades. But don't tell anyone.

These guys have a really cool idea. Projector to show dungeon segments. Cool.

I love the style and the images. These are excellent. I plan on using them in an upcoming game.

These days, reimagined under the Castles and Crusades line from Troll Lord Games, or even (if you are stalwart of heart) the Hackmaster system.


When I was in High School (79-83), every new fantasy book or movie that came out just gave us more fodder for our games. One of the best (don't laugh) is still Excalibur (1981).

Now watch this video, and let me know if it doesn't get you weak in the knees. I know, I know, and the dialog (all six words) are in spanish. But still, it makes me want to roll up a good old fashioned single classed fighter, and go out and start hacking up orcs. Or something like that.

No comments:
Email ThisBlogThis!Share to TwitterShare to FacebookShare to Pinterest
Labels: roleplaying 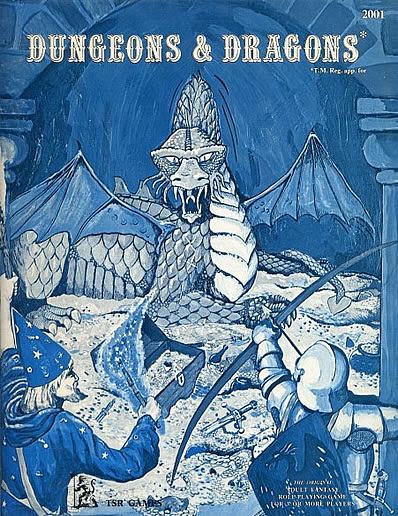 Dungeons and Dragons was the big icebreaker. I had played wargames before then, but it was the game that really opened up everything for me in gaming. One of these days I'll post my boring personal history of gaming, but for now, let me say that other my Religious Faith, gaming (and the friends it has brought me) has had the biggest effect on all of the different aspects of my life.

I owe almost all of this to Gary Gygax for making it happen.

I tip my great helm to you Zagyg, fare thee well. May we meet again.
No comments:
Email ThisBlogThis!Share to TwitterShare to FacebookShare to Pinterest
Labels: roleplaying

Gary Gygax, who co-created the fantasy game Dungeons & Dragons and helped start the role-playing phenomenon, died Tuesday morning at his home in Lake Geneva. He was 69.

He had been suffering from health problems for several years, including an abdominal aneurysm, said his wife, Gail Gygax.

Gygax and Dave Arneson developed Dungeons & Dragons in 1974 using medieval characters and mythical creatures. The game known for its oddly shaped dice became a hit, particularly among teenage boys, and eventually was turned into video games, books and movies.

Gygax always enjoyed hearing from the game's legion of devoted fans, many of whom would stop by the family's home in Lake Geneva, about 55 miles southwest of Milwaukee, his wife said. Despite his declining health, he hosted weekly games of Dungeons & Dragons as recently as January, she said.

"It really meant a lot to him to hear from people from over the years about how he helped them become a doctor, a lawyer, a policeman, what he gave them," Gygax said. "He really enjoyed that."

Dungeons & Dragons players create fictional characters and carry out their adventures with the help of complicated rules. The quintessential geek pastime, it spawned a wealth of copycat games and later inspired a whole genre of computer games that's still growing in popularity.

Funeral arrangements are pending. Besides his wife, Gygax is survived by six children.