The Book of Zargo Zar the Sage

One of the artifacts that the archivists at Parn Tandalorn are most keenly interested in locating, and one which has so far totally eluded magical location attempts, is an ancient book of spells and lore concerning the Elemental Gods, by an Old One scholar named Zargo Zar the Sage.

The book was written by a wizened academic over many, many years.  It reads like a chronicle, but at times is hard to follow, because over the time it was being written, Zargo Zar was slowly going mad.  It details the growth of the Old Ones, hints at their origins (created by a forgotten entity, that the Sage refers to as "the Spirit of Man") and also the fascination that so many of them had with the Elemental Gods. 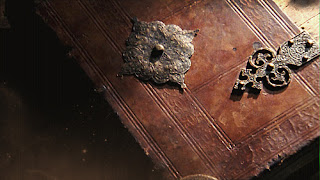 The few excerpts that have survived discuss spells to summon servitors of the Elemental Gods, and also spells to ward off them.  More often, these are referred to in carvings and remnants that are found in other Old One artifacts and documents.  One of the things that supposedly exists is the Lay of Ba'a Zarn - which is an epic poem talking about how Ba'a Zarn, the Builder, battled a powerful entity allied with the Earth Weaver.  The entity was named Corruption, and supposedly it was not able to be slain, but it was trapped, beneath the Great River.  The Archivists at Parn Tandalorn have debated, for many decades (centuries) whether this was figurative, or if the Great River (which was constructed by Ba'a Zarn the Builder) was really built as a prison for Corruption.  Without the book it is hard to know.

Another portion of the book, that supposedly survived, is the Sage talking about the Lord of Fire and his minions.  This has been mentioned, in (presumed) heiroglyphs carved on a tablet embedded into the side of the Altar of the Old Ones (in the far south of Bartaloo region), so although not much is known about the construction of Altar, the Book of Zargo Zar either was in existence before the Altar was built, or came about at around the same time. 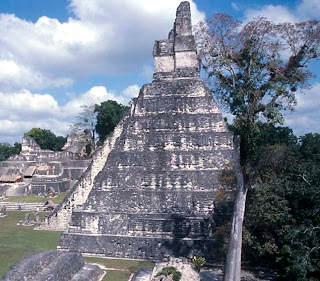 Locating the book, or even part of it - excerpts, spells, poems - would make for an admirable gift to the Archivists, but it also might help to save the world.  The ancient book, the Earnish-Amantic has a number of items in it relating to the Lady of the Air (another of the Elemental gods).  These are all taken from, and reference, the book of Zargo Zar.
Email ThisBlogThis!Share to TwitterShare to FacebookShare to Pinterest
Labels: April2013, Ba'a Zarn, Bartaloo, elemental gods, magic item, old ones, Parn Tandalorn